The following contains potential spoilers for upcoming episodes of Impact Wrestling. Click on the spoilers only if you 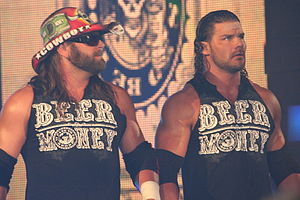 – Multiple backstage accounts indicate that Robert Roode believed he was going to win the TNA World Title until the afternoon of the event.

– Since the PPV was running long, TNA cut a segment out where James Storm “wished Roode luck” prior to the title match. It would have been the start of a storyline that creates potential friction and jealousy between Roode and Storm.

– The decision was made early Sunday to go with Storm as the (presumably babyface) champion and Roode as the almost-champion (who perhaps cracks from coming up just short due to an incompetent ref call and turns heel on Storm).