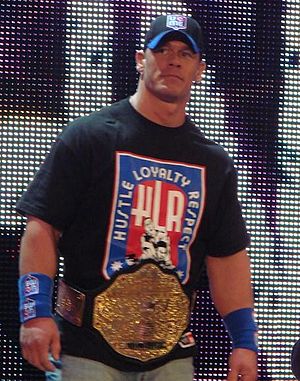 John Cena is only cheered because little kids buy his t-shirts and spinner belts.

John Cena is so corny on the mic!

They’re things that any John Cena haters have said at one point or another.  I’ve probably said all of them hundreds and hundreds of times over the years.  My dislike for John Cena often overshadowed my love for wrestling.  I found him to be so awfully cartoonish on the microphone, terrible in the ring with a limited move set, and pushed down our throats to the point that he simply wasn’t believable.

I often called him “SuperCena”, as many other fans have coined him as well.  He’s the guy who can kick out of any move, survive any amount of punishment, and still come out on top when it’s all said and over with.  He can lift the largest of people.  He can make anyone tap.  When it looks like he’s going to lose, he miraculously comes back. He’s unbeatable.  He is the modern day Hulk Hogan.

To continue reading about how John Cena changed my opinion of him last night, CLICK HERE to continue to the Camel Clutch Blog.